Having a day off from trying to be cheerful….

Yesterday. ( 19/10/19) I took a day off from trying to be optimistic and ” live one day at a time”, ” be compassionate to myself” , “work harder”, ” get some fresh air and exercise” and ” beating myself up metaphorically by telling myself there are millions of people in the world who are starving and have people trying to kill them so get a grip Anne!!”.

So I cancelled time with friends as a gift to them. Who wants to spend time with someone surrounded by a big black cloud.

Then I made myself go out for coffee where I had a rather surprising conversation about really, really expensive cars. In my present financial condition i estimated that i could buy maybe ten or more houses in Pisticci or/and live for at least 15 years for the amount of money it would have cost to buy one of these cars.

Then I thought I’d better go stock up on food incase the “misery” lasted and was somewhat thwarted in this by finding that chocolate was back on sale. Its not easy to find chocolate in the supermarket in summer. But there was a whole selection. So I bought a 70% dark choc bar and a completely extravagant bar of lindt white chocolate. ( and some wine and neccessary stuff.)

Back home I sat down to be miserable.

I know today when I am writing this I am making light of things but yesterday I had completely run out of “tryingness and copingness”.

Not in order of importance as they are all interconnected there were 3 things.

It was 2 years exactly since James’s accident. On my way up town for coffee I walked past the wall of my other house which I had been repairing when I last saw him as he was. When he said ” I was a very pretty builder and he was proud of me” and then that he had no illusions about our relationship. He then went off somewhere drank wine and worse , got on his scooter , put his helmet on without fastening it and no one knows what happened next. He was found lying on the road and there was a lot of blood. He was taken in a helicopter to hospital.

Someone phoned me around 2pm. I had just come in from working on the wall . I thought they must have made a mistake. But it was true. I got friends to drive me to the hospital…over an hour away and for the next four months my life changed completely and has not been the same since.

I had painted a sort of memorial mural on the corner of that wall and I was happy with that. I am sad that he isn’t here enjoying the sunshine and complaining about political correctness and going out for pizzas and searching for the next great deal and drinking coffee and whiskey in the bar. But after all this time I talk to his painting on my wall and pat ” stone james” and put my coffee cup on him and I am learning how to live by myself without him in the background. ( we lived together for 12 years and were still friends but in seperate houses for another 2 years.) I didn’t know until he wasn’t there how much he was still in my life even though we were not together.

That was one thing. It was sad but I think I have learned that sad is a clean feeling. Not like depression.

Next thing was constant lack of enough money to do much more than survive … and buy chocolate and wine. I didn’t expect to be in this situation for so long. If I sell my other house I will be okay as am less than two years to pensionable age. I didn’t really expect that the current govt. would actually do something about the millions of women born in the 1950s but it was a little sad to see the court case fail. I am not going to talk about what my current hopefully short term ( about a year so far) lack of sufficient funds are doing to me because compared to people who have to live like this for ever with no hope I am just playing at it.

However there are a lot of things I had never considered before which are indirect results of longer term having not quite enough.

That has been a bit depressing as I feel like I am not able to be independent and take care of myself.

It also leads on to the hell that is brexit. I think money is power and if I had sold my house and had money in the bank or had somehow managed to find a way to make a reasonable income then I might feel that I could investigate how to deal with the possible results of brexit in my case which i can reasonably assume would cost money in some form.

So my best hope is for a long extension or that the whole thing is cancelled.

Yesterday was appalling. Its like being a puppet twirled around by a mad puppeteer who is chortling… now will I let go or will I smash you up against a wall or maybe I will just make you dance a bit longer for fun.

This has been going on now for so long. I have noticed that every time I leave my house on my own I feel sick and scared. I am making myself go out but so many times I put off leaving my home/safe space until the next day or until I have to go out and buy food. I have never felt like this before.

I could go on and on about not being able to plan anything, etc etc but frankly the description of feeling like a terrified puppet covers everything.

That is why I needed a day off from trying.

The strange thing was that I didn’t fall apart and hide under the bed all day which is what I always thought I was preventing myself from doing..

In fact I ate the lovely white chocolate, chatted to my sister for an hour in the phone, read some more, painted another postcard and then allowed myself to be persuaded to go out with friends at night.

And this morning I feel refreshed and ready to get going again.

( This post has been inspired by reading something a twitter friend said about how awful she felt yesterday. One of the worst things about this situation is well meaning friends who are not affected telling me basically that I am making a fuss about nothing and its all just fear mongering by somebody somewhere and that everything will stay the same.

That has the effect of making me think i might be stupid as well as scared. On the other hand hearing how other people are scared makes me feel braver. 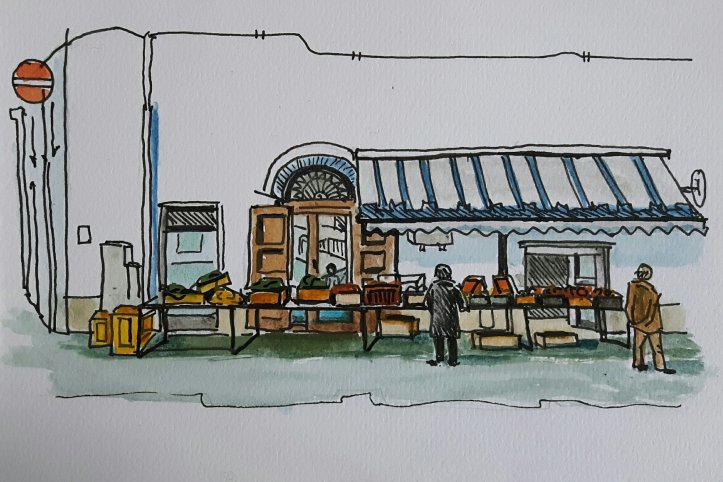 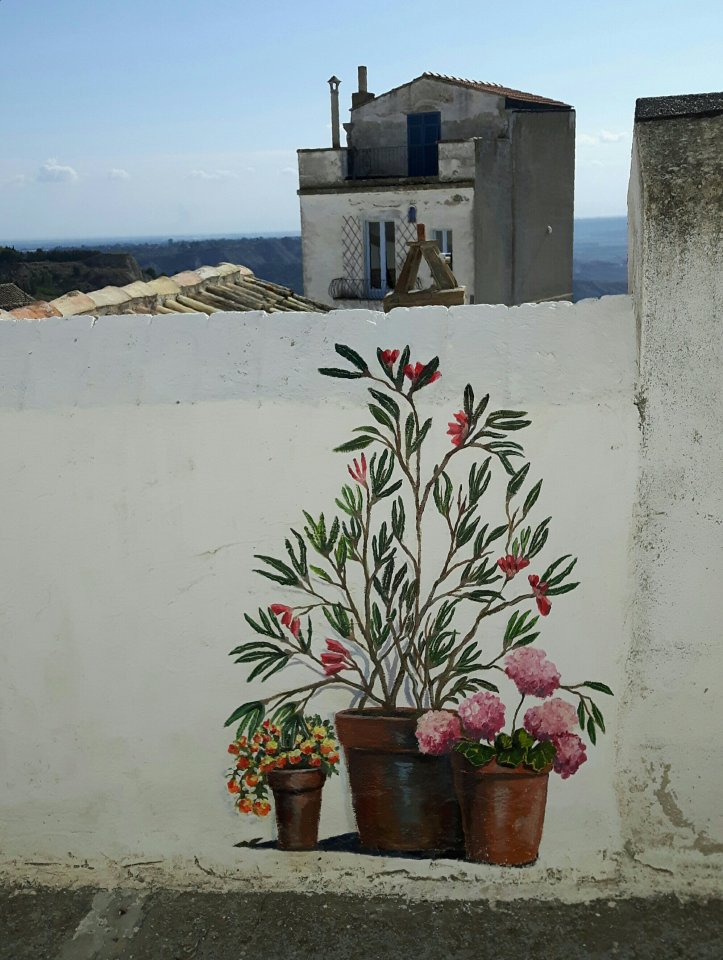 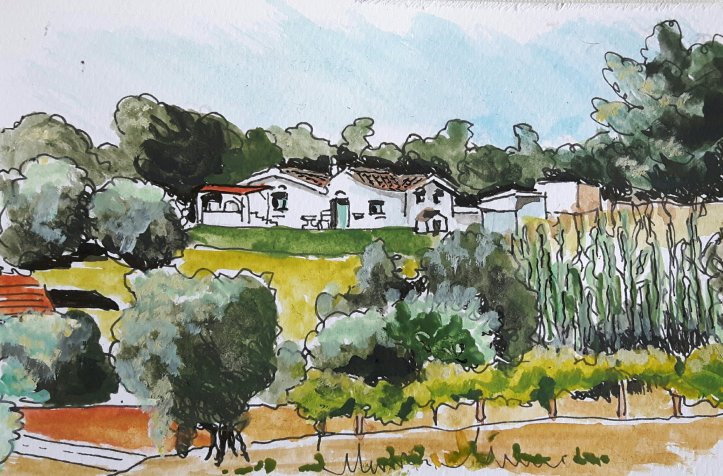 This to cheer it up.