The end….and hopefully the beginning……

I found it quite difficult to think how to end this month’ s joint project with eevi.

It has been funny, interesting, frustrating, illuminating, surprising and exciting.

I have been surprised by the direction I have gone in and having been interested in psychology , curious to see what I have done when I could do exactly what I wanted….more or less.

I had a definite affinity with old broken bricks and roses. And that has spilled over into my life where I now have several rose covered pieces of material scattered around the house..

The rose bud I painted with the stem led to another 4 similar paintings.

And a friend was so impressed with eevi s scary face flowerpots that she came round and made her own version. I enjoyed painting one too.

I learned to trust that I would come up with an idea if I just let myself relax .

And I had a big thought. Which was that as life is not perfect then by continually trying make my normal paintings near perfect then perhaps I am painting the life out of them.

I enjoyed the freedom of using whatever materials were to hand and having no one to please but myself.

There is no doubt that if I had not done this with eevi I would not have lasted more than a week on my own.

Combining the last week with bringing my old studio back to life and painting on glass, using old paintings and a large piece of wood and mixing acrylic paint with wall paint when i run out of white has been fun and my last 2 pieces of work sum up for me the main areas that I would like to take with me.

I was quite despondent on Sunday. This has been a difficult year.

The little painting i did in response to the song and the phrase ” and I wonder” has stuck with me . I decided to do a bigger better version of that for my old studio and by the time I had finished I had possibly painted out the worst of the sad feelings. And had something to show for them.

Having done that i found the chocolate wrapper and decided that I must paint it. I kept eating the chocolate before I got round to painting it. It was quick. Didn’t spend more than an hour on it and there is definitely life in it. I could have been more precise but I like it the way it is.

It’s fun and uneccessary and not exactly sellable but then this whole month has been like that.

Eevi made her last day about the exhibition that she was having with the local paintings she had been doing along with the project. Presumably she has found also that some of the things she did have influenced these as well. 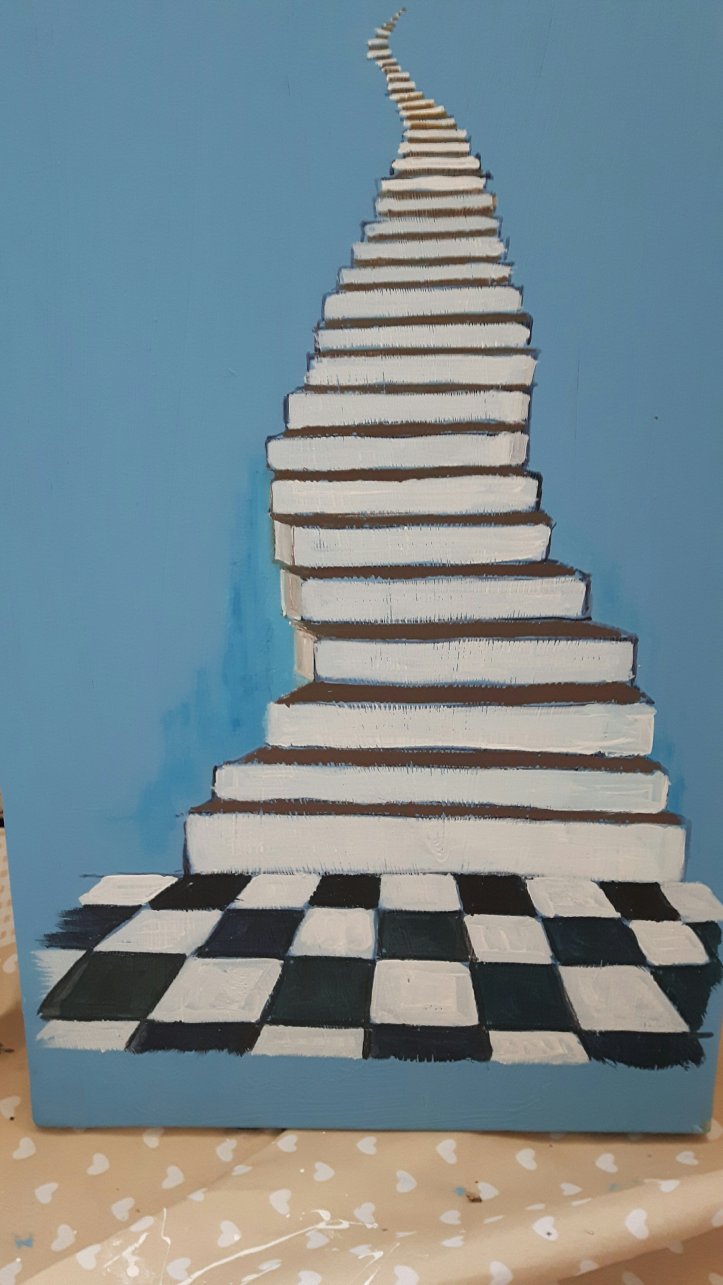 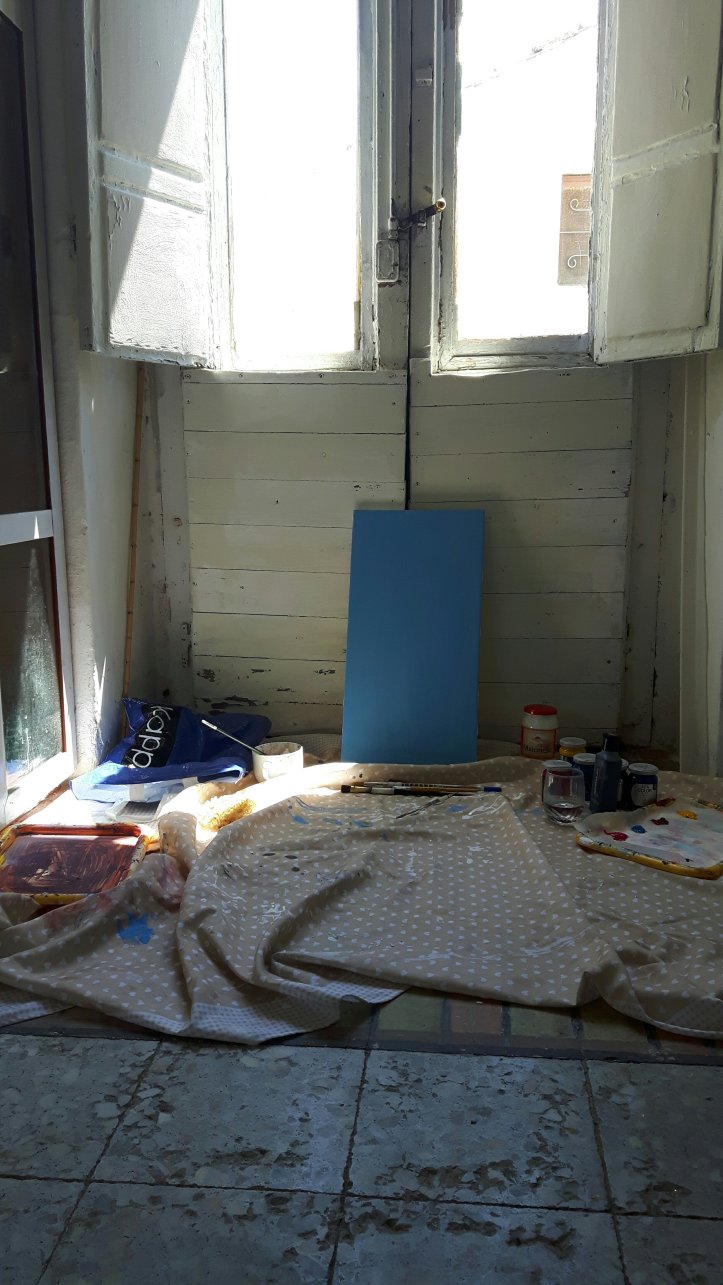 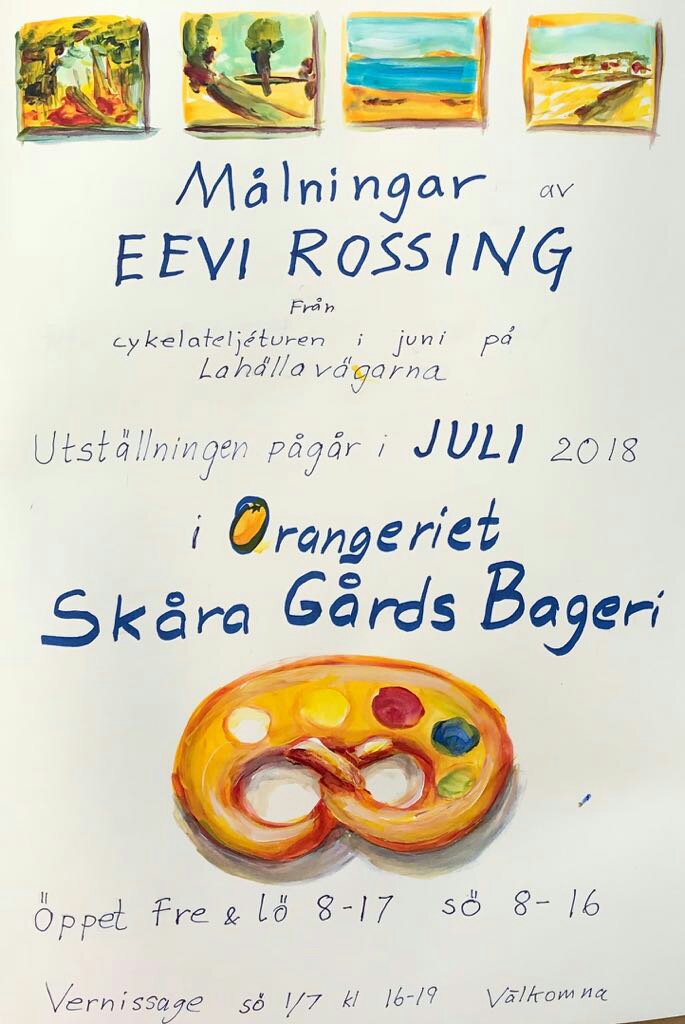 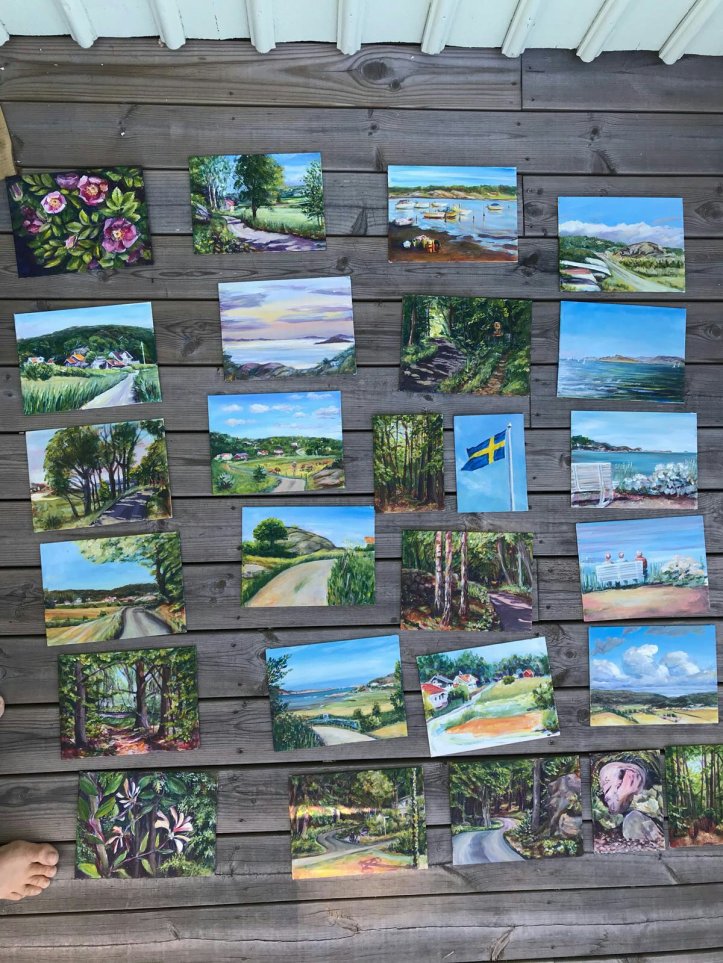 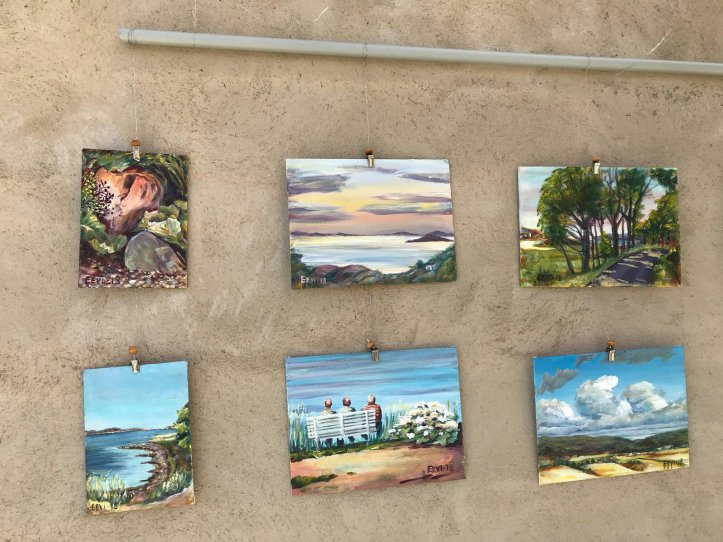